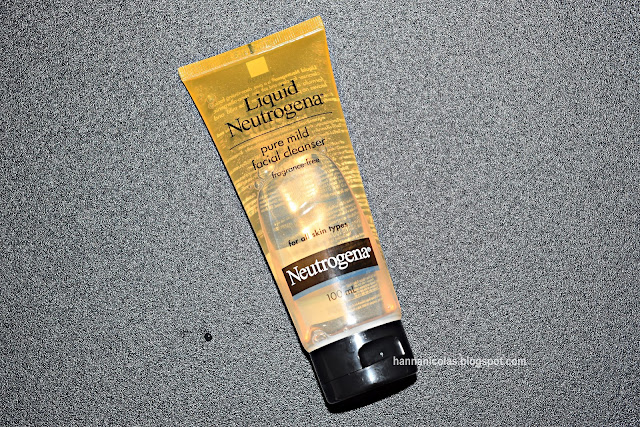 I have been hearing a lot of good stuff about Neutrogena prolly what made me get this during my recent mini shopping at Beautymnl. I was supposed to buy the one that lathers into foam, which is intended for those who have problematic skin, but then I had terrible cases with foam cleansers back then so I settled on glycerin-based liquid facial cleanser like this as it claims to be "for all skin type especially for sensitive and acne-prone skin with its gentle formula." 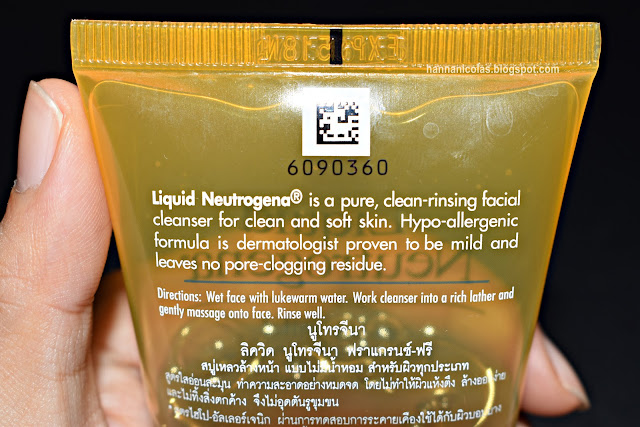 Do you know what triggered my sudden skin care product buying? It was weeks ago when changing skin care routine from time to time caused my skin inevitable troubles mostly zits, whiteheads, uneven skin tone and redness. I cursed myself for taking my skin for granted, ignoring everything until it looks like a ball of mess. I kept using another set, another soap even if my breakouts hasn't cleared out yet. Because of that, I earned a lesson which is just because you were sent products for testing does not mean you tolerate them ruining your skin. Make it breathe every once in a while, stick to simple routine and feeding it with a whole plethora of skin care products would not help it get better. For short, wag matigas ulo, mga kids. 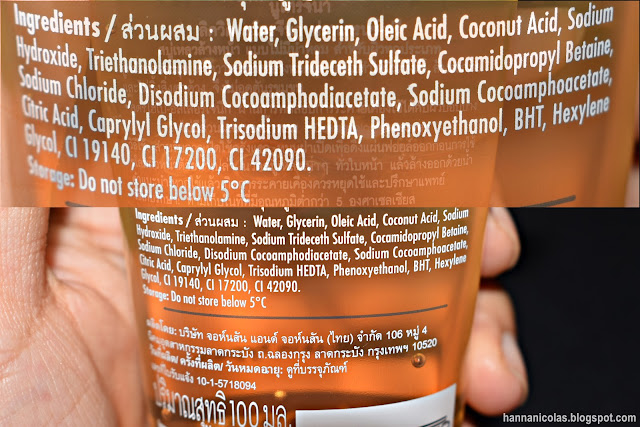 For me the packaging is nice as it's really travel-friendly and comes in a tube-type container so the product does not get stuck on the bottom--that would be waste. It also displays basic information like description and ingredients.

Once dispensed, the first thing I notice about it is the scent which I kind of dislike but to the point that its awfully unbearable. The consistency of the formula is a bit runny compared to gels and despite it being gentle on skin, it lathers nicely (except on really dirty skin with mixture of makeup, oils, dust and dirt) and does not really feel drying on the skin. However, unlike some other cleanser, this does not make my skin look clearer and brighter after wash though it had never felt so moisturized and clean. Using this cleanser along with my other cleanser from Clean and Clear, do not completely clear out all my existing pimples, yet fortunately, they are able to soothe my skin and prevent future breakouts. Once I had terrible huge zits, now they have turned smaller and if I get pimples every now and then while using them, I would only get two or three tiny ones which are not something my current spot-on treatment could address. 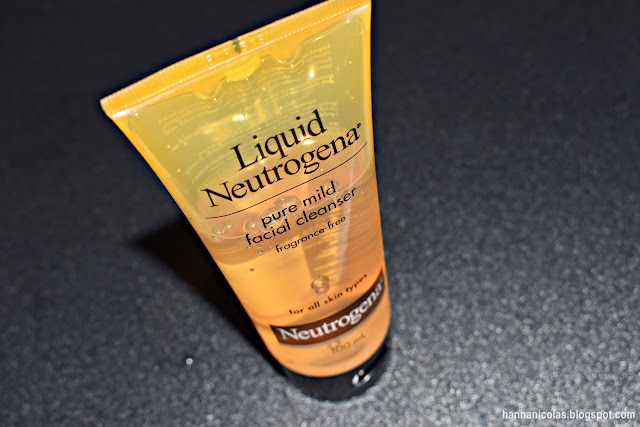 For now after using this cleanser for two weeks, I still can't really testify its effectiveness in terms of its power in reducing pimples as I'm using other products too. I can't say I'm loving it already but I know it will be. I would gladly say that it did not make my skin condition worse. Until all my breakouts subside, I would visit a salon, have a facial and extraction, then I'm going back to my Biossence Acnetrol Set while slowly incorporating other stuff every now and then. I will be taking this new buddy with me in my to-be skin care routine because of its gentleness/mild formulation. And since it does not have any major cons for me (aside from slow-paced effects), I think this is a good buy considering how affordable a tube is with its generous amount!

Have you tried Liquid Neutrogena Pure Mild Facial Cleanser? What's your take on it?