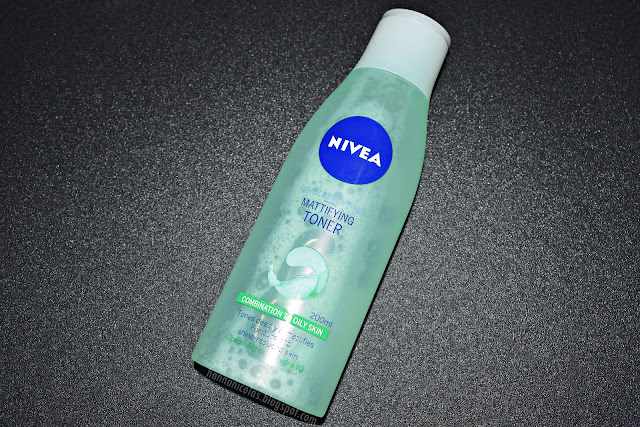 
Surprisingly, I've been after toners lately. What catches my attention the most are those that are also intended to provide an 'extra cleaning' on the pores. I have been loving the Eskinol Pimple-fighting Cleanser but I ran out of it and decided to give Nivea Mattifying Toner a try. After all, it claims to control oil as well. Again, it's what I currently needed for my uber oily face. 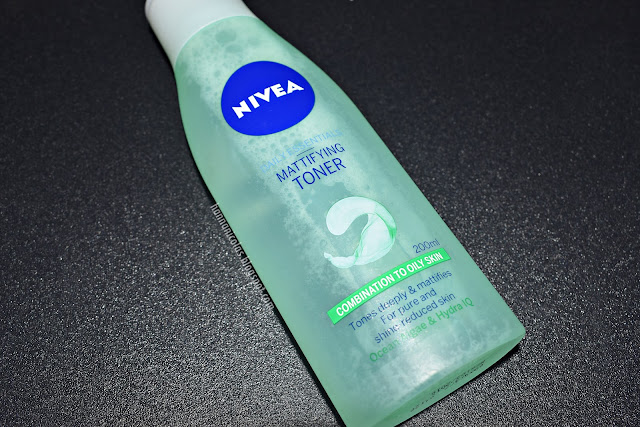 This toner retails for double the price of my favorite Eskinol but I think it is still worth every penny especially it has 200ml of product inside. If I am to repurchase, I highly doubt it will be so soon.

The bottle is tinted green with a matte texture and a cap that shuts tight with a click. I can't really find the right words to describe the overall container but it's so simply made and I love it! 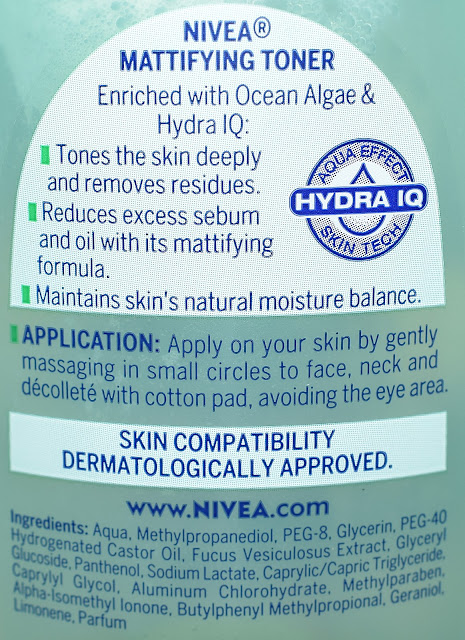 To be honest, Nivea Mattifying Toner does not really make an impact on me prolly because it fails to keep my oil at bay like how I expect it to. After all, the 'mattifying' part is what usually sold me. It has a water-like formula that smells so mild and gentle, alcohol-free but quite takes extra seconds to dry. I really expect it to make my skin feel and look matte and significantly remove shine but it does not. Instead, my skin feels moisturized and looks dewy. At other circumstances, I would appreciate it's non-drying formula but I needed something that would really mattify my skin, making it a good canvas prior to makeup application. Apart from being moisturizing, it can also remove makeup residue only if you stroke a swab of cotton on your face for many times.

Moreover, I do not find this product as something that could prevent future breakouts because I'm still having zits. It would be nicer to have a toner that does dual job: controls oil and prevents zits. On the other hand, I think it is more ideal for use of those with sensitive skin due to its non-irritating and mild formulation.

I haven't consumed all of the products yet and I plan on using the rest as a facial mist to spray on before and after makeup application. Apart from all the benefits it offers, I would pretty much say it is just an average product and there's a lot better toners out there that is cheaper and more effective than this.

Have you tried this? Thoughts? C'mon let's talk down below! Happy blogging!
By Hanna Pauline Nicolas at December 22, 2016