I Still Can't Move On 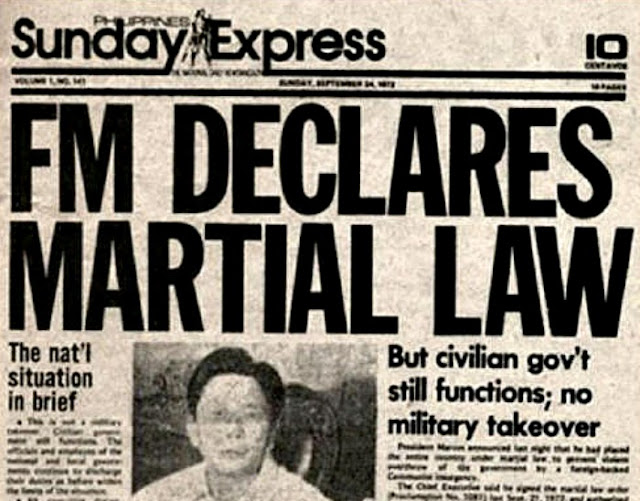 To be honest, I wouldn't happen to be reading Mr. Matthew James D. Derramas' article How To Move On, if it wasn't for its brilliant rubric. I remember back from day one in one of my journalism classes that a headline is as vital as its body, otherwise, you are letting a sale pass. This could possibly root from the assumption that people are so impatient nowadays. They wanted the best before going through the details.

How To Move On is an article reminiscing about the past, particularly during the Marcos Regime, closer, to Martial Law. Hopeless romantics out there may expect a different content, but no, it talks about Marcos. It discusses the democracy and how almost everyone back in the '70s wanted to have a taste of freedom they had been deprived of. More so, the author himself clearly displays how he abhors both the dictator and the process of dictatorship in the country for the loss lives and practice of injustice. He says that those who favors heroism cannot and will not move on especially after the late president was rested in the gravesite of heroes--something they find hard to move on to, not unless someone would take action and put Marcos' corpse somewhere he belongs.

Through the article, Mr. Derramas who is known as a political enthusiast, brings forth all millennials and make it sound like youth, who were never born that period all wanted the same thing--democracy--something that they already have. I don't intend to disrespect other people, especially those who does not belong in the age bracket or who does not believe and pay attention to the turmoil created by Martial Law.

You may say that you can't seem to understand why our voices are even sounder than the ones, like you, who knows 1970 better. But news enlightened us. Journals too. Social media, on the other hand, gave us the capability to speak out our minds effortlessly. I totally agree with the author himself when he said, "We choose to speak out and be heard, not because we know better, but because we know the truth."

We cannot just forge the past and move one, after all, it's our people who have been done wrong. We cannot just keep silent and let the government destroy again what was brought back during Corazon Aquino's administration. It's not the right time to prevail cowardice and idiocy when modernization makes humanity so smart. Just think about all the lost lives back then and ask yourselves, "Have you moved on?"
By Hanna Pauline Nicolas at February 05, 2017

Email ThisBlogThis!Share to TwitterShare to FacebookShare to Pinterest
Labels: Random